A series of improvisation workshops for women & non-binary folk, exploring improvisation in theatre, comedy, storytelling, devising, movement and making. We experiment with being heroes and villains and put our own stories centre stage. Oh, and practice being confident and generous as we fuck up. It’s time to find out what happens when we step through the door…

The full course costs £180 or £90 concession. There are a limited number of £20 bursary spaces available to those for whom the concessionary rate is an obstacle to attendance.

If you’d like to take part, please apply by emailing clerkinworks@gmail.com with a short paragraph telling us a bit about yourself and what attracts you to Through the Door, and stating if you are Full Price, Concession or would like to request a bursary place.

Priority will be given to people who identify as disabled, LGBTQ+, working class and/or people of colour.

Term 2 for the RETURNERS GROUP of Through the Door is also running at Shakespeares Globe 3-6pm for 8 weeks Sunday 20th Oct-8th Dec. Guest facilitators TBC.

AN INVITATION FROM ANGELA:

I care passionately about the visibility, confidence, quality, and power of women in improvisation, theatre and the world. While I am thrilled that there are more female improvisors in the UK than ever before, there is still a lot of work to be done. Let’s be more inclusive of WOC, disabled, women, LGBTQ, working class peeps and all the intersections. I believe this will benefit everyone – challenging, enriching and changing us – and the stories we improvise.

As a working-class queer woman, I am aware of what effect lack of opportunities can have on the spirit. When creative doors have opened for me I haven’t always have the confidence or know-how to step into my most powerful and generous performing self. There have also been many times when the door has been opened for me and I have stepped through and flourished.

The workshops are open to women and NBs who are actors, improvisors and theatre-makers at all levels of experience who want to train, practise and hone their improvisation skills. I look forward to stepping through the door with you. 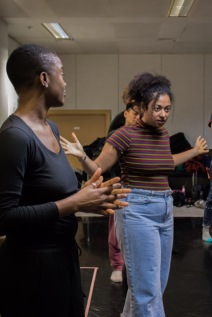 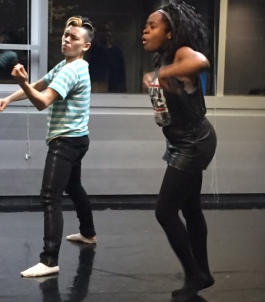 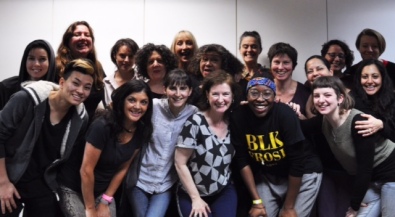 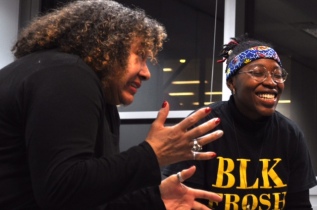 Through The Door’s first incarnation was a course of Improvisation workshops for women and nbs on Sundays Nov-Dec 2018 at Theatre Deli. TTD’s aim is to inclusively explore and share the enormous benefits of learning skills, practising, taking space, generosity, surviving failures and discovering agency through improvisation.

We accepted 21 people onto the course and there was also a full waiting list. The participants were a mixture of actors, dancers, drag kings, writers, directors, cabaret performers and designers. Almost half were PoC, a large percentage were LGBTQ, ages ranged early 20s to 60s, many low/no income. We kept costs low in order to attract those who are often excluded from workshops due to their prohibitive price. ClerkinWorks donated planning/ coordinating time, Improbable gave financial support and producer Sarah Grange, and Theatre Deli donated space. The sessions were led by Angela Clerkin with guest facilitators Pauline Mayers, Stella Duffy and Cathy Tyson. Sound designer Adrienne Quartley joined us on a couple of occasions.

“Time has flown and I know already I feel the need to take part in another extension of Through the Door. It is certainly opening doors within me. Giving me time and strength to take chances with movement and thoughts. All new to me.. It’s been a great experience.” Yasmin Pettigrew

It was exciting to know for sure that when we diversify the performers and facilitators in our practice, providing opportunities to step through the door, we are inviting new stories, and enriching our shared experiences. We took risks, experimented and mashed up various disciplines and as a result the improvisations during the workshops were often rich, diverse, funny, surprising, challenging and varied.

“I am usually wary of coming to improv spaces as they are usually very white, cis and straight – not here. I felt safe to be vulnerable and collaborative as the scenes was/were set perfectly to foster that. I hope this continues as I can see us creating amazing work together and individually as a result of this series of workshops. Thank you for thinking of what inclusive and accessible creative spaces can look like.” Tobi Adebajo

Improvisation is a practice where deep work and transformation can take place – and these workshops felt important and radical. Having highly skilled facilitators from various disciplines leading sessions was exciting and valuable. We are aiming to create a space where the players have agency to tell their own stories and create new realities.

Angela Clerkin is an actor, improvisor, writer and theatre-maker. AD of ClerkinWorks (www.clerkinworks.com), an Associate Artist with Improbable and Chris Goode & Co. She has run workshops for Young Vic, NT/Sphinx, BAC, E15, Actors Centre, London Bubble, Traverse, Improbable, Middlesex University, Pankhurst Centre (Manchester) etc. Angela set up Through The Door to create an inclusive space where women and nbs have agency to tell their own stories and create new realities through improvisation. 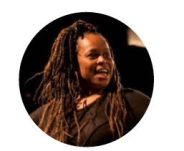 Pauline Mayers has a background in dance and choreography. Associate Artist at Leeds Playhouse and Chris Goode & Co. AD of The Mayers Ensemble, her solo show What If I Told You was short listed for the Amnesty Freedom of Expression award 2017.

Stella Duffy writes novels and stories, makes theatre, and co-directs Fun Palaces. She has been an improvisor since the mid-1980s, is an Associate Artist with Improbable, and has taught improvisation-for-writers for the Arvon Foundation.

Lesley Ewen creates performance as an actor and Live Artist, on stage and in film/tv; as a teacher at RADA (Improv/Devising); and as Creative Enabler for Access All Areas. Lesley’s also a director and has just mounted her latest play Camera Obscura (hungry ghosts). 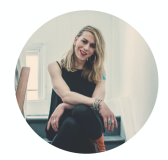 Emma Frankland is a performance and theatre artist. Emma’s None of Us is Yet a Robot project is a series of performance pieces exploring gender, trans identity and the politics of transition. She plays the title role in the upcoming BBC radio adaptation of Virginia Woolf’s ‘Orlando’. 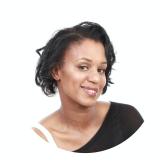 Jeanefer Jean-Charles is a Mass Movement Director, Choreographer and Creative Consultant, who has worked in over 21 countries, and whose work appears in the Guinness Book of World Records. She directs movement for large scale events with a specialism in mass movement.